In 1903, the first World Series was played between Boston and Pittsburgh. It was a 9 game series and Boston won the series with a 5-3 win in football.

In the Olympics, over 1,800 medals are awarded to all the Olympians who have competed.

Baseball has been America’s national sport for the last 77 years and the first professional sport in the United States of America, it became the national sport when Jackie Robinson had his historic input and took the field for the Brooklyn Dodgers. It was also the first sport that Women were allowed to have their own league. America is often known for their input American football and baseball etc.

American football is the most popular spectator sport to watch in the United States, followed by baseball, basketball, ice hockey and soccer, which make up the ‘5 major sports’ due to their popularity.

Volleyball, skateboarding, snowboarding, are America’s inventions, some of which have become popular in other countries today.

Some facts about American football are there are 32 teams in the National football league, each heading for the Super Bowl win at the end of the season and the first game to be televised was between the Philadelphia Eagles and the Brooklyn Dodgers in 1939 and there were approximately 500 television sets in New York able to play the game.

Today pickle ball, which is all tennis, badminton and ping-pong, is the fastest-growing sport in America. 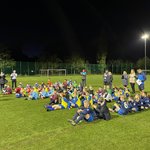 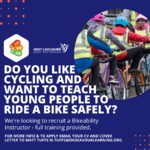 We are looking to recruit a Bikeability Instructor... 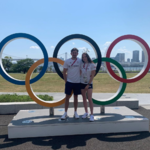 Congratulations to our West Lancs Olympians!